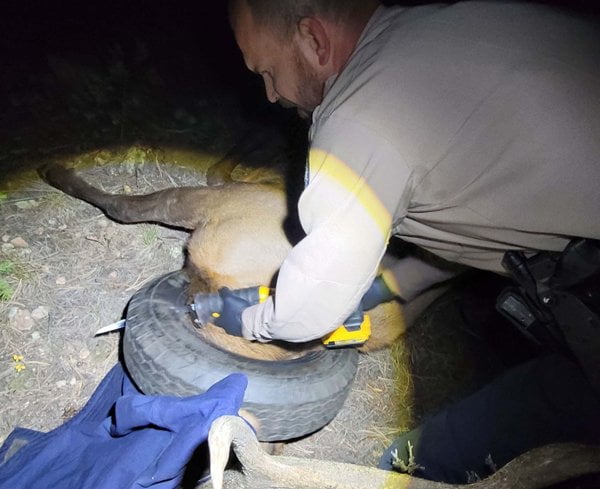 Twelve horns in Colorado with a tire stuck in the neck for two years (Photo: Courtesy of Yahoo News)

Colorado: For the most part of his life, the neck of Bara Sangha, who was injured and weakened after a tire got stuck in his neck, was rescued from a tire that weighed less than four kilograms.

According to the Wildlife Department, Bara Sangha, weighing 600 pounds (270 kg), was first spotted in Colorado Park in July 2019 with a heavy tire around his neck.

Scott Murdoch, a wildlife officer, said the four-and-a-half-year-old could not be reached because of living in a remote, dense forest, far from the population. But it escaped. 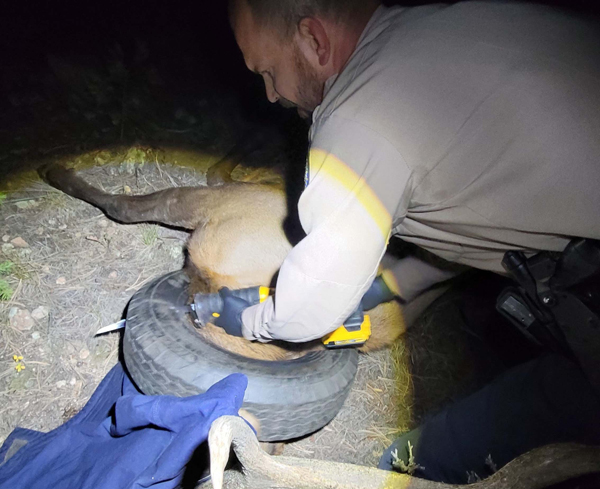 In 2020, it was identified three times by tree-mounted cameras. In May and June this year, wildlife officials made four attempts to find him, but to no avail. Now this week, the ammunition that killed him was fired, after which the officers seized him.

In the first phase, an attempt was made to cut the tire, but there were metal wires inside which could not be cut. Then all the horns were cut off and the tire was removed from the neck. The tires were so heavy that they were full of thorns and dirt. It is estimated that this has increased the weight of the tire by ten pounds, or four kilograms.

When the tires and horns were cut, the weight of the 12 horns was reduced to 35 pounds.

The Colorado Department of Wildlife said in a statement that in light of the incident, the public should refrain from dumping garbage on the animals’ natural habitat and not obstruct wildlife.

Temporary tree swings, Christmas lights, clothesline, balls, volleyball nets and other items have been discovered in Colorado Park that are nothing short of a torment for these mute animals.