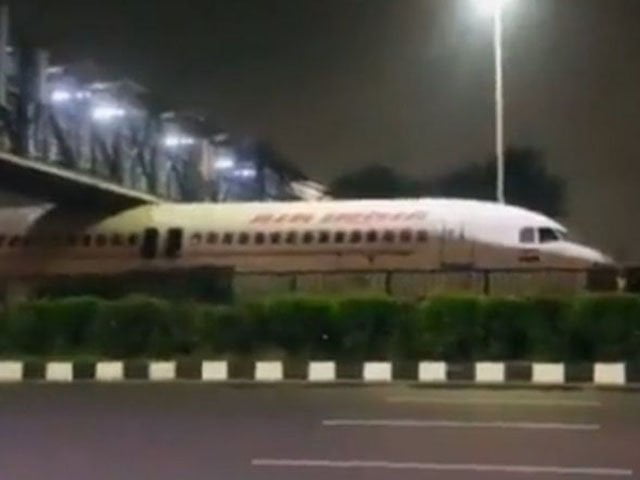 New Delhi: In India, a plane crashed under a bridge on the main highway near Delhi Airport, the video of which went viral on social media.

According to the British Broadcasting Corporation (BBC), a large plane laden with trucks crashed on the main highway near Delhi Airport due to high altitude while passing under the bridge.

The video, which went viral on social media, shows the plane trapped under a bridge. The plane was loaded on a truck, but the driver could not estimate the height of the bridge.

The truck driver and crew pulled the plane out after hours of trying, but it damaged the plane. The plane belongs to Air India, but the company’s management says the plane was sold.

The buyer of the plane wanted to keep the plane somewhere near the house instead of using the airport hangar to keep it, and the plane was being taken to the owner to make that wish possible.