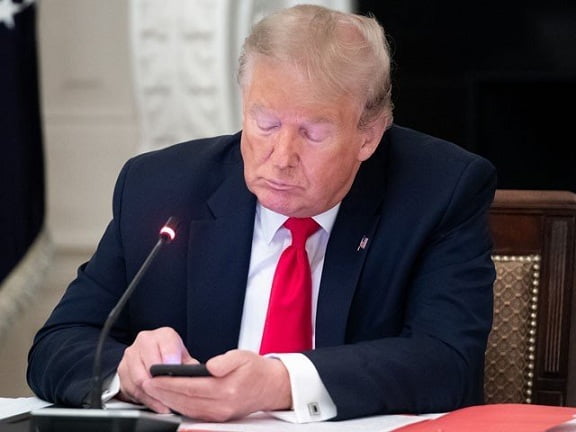 Former President Donald Trump is returning to social media soon and this time it will be on his own social media platform.

According to the American Broadcasting Corporation, after the failure of the presidential election and the permanent ban on Twitter, former President Trump has decided to use a new platform for social media entry, which will be his personal platform.

Trump’s adviser and spokesman Jason Miller told Fox News that the former president would return to social media in two to three months, but that the return would be on his own platform, which could include millions of new users.

.@JasonMillerinDC said President Trump will be "returning to social media in two or three months" with "his own platform" that will "completely redefine the game" and attract "tens of millions" of new users. #MediaBuzz

Following the failure of the US presidential election, Trump supporters stormed and vandalized the Congress building, killing five people. The attack was allegedly carried out by supporters at the instigation of the former president.