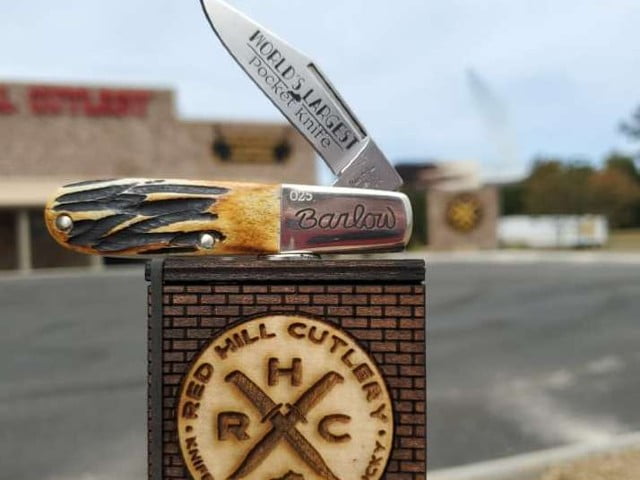 The world’s largest pocket knife has been developed by a Kentucky company with a length of 34 feet. Photo: UPI

Kentucky, USA: Pocket knives are common in Pakistan as well as all over the world and now an American company has made a model of the world’s largest hand knife with a total length of 34 feet and weight of 680 kg.

This model of pocket knife has been developed by the famous American company Red Hill Cutlery which has also been confirmed by the Guinness Book of World Records. The knife was installed outside the Kentucky Museum of American Pocket Knife in the Radcliffe area.

Jason Bashem, co-owner of Red Hill Cutlery, has been instrumental in designing the knife that people come from far and wide to see. When contacted by the Guinness Book of World Records, he said that the knife would be recognized only if it was completely like a real knife.

That’s why, despite being the world’s largest pocket knife, it opens and closes, much like a real knife. In addition, the sun and rain do not rust and its material will not be damaged.