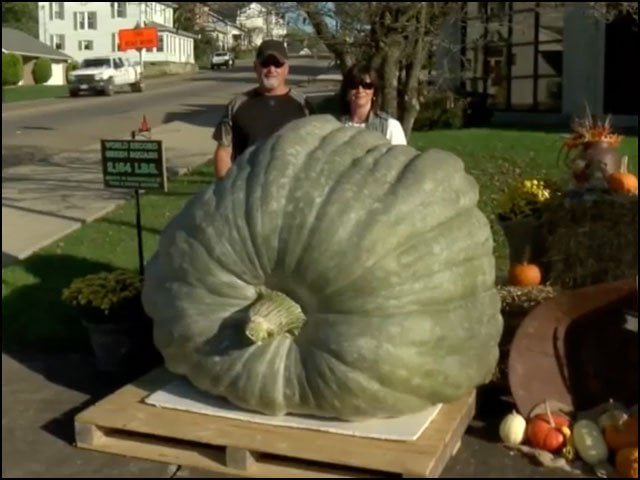 The pumpkin has been listed in the Guinness World Records as the world’s heaviest pumpkin. (Photo: Internet)

Ohio: An American farmer has set a new world record by growing 2,164 pounds (1,082 tons) of green pumpkins in his field.

Todd Schneider of Ohio and his wife have been experimenting with growing pumpkins for the past 30 years. This year he succeeded in growing a giant pumpkin which led him to the annual competition in Oakland.

Until then, he had not weighed the pumpkin, but he was confident it would be the largest pumpkin in the competition. When the pumpkin was weighed, Todd Schneider and his wife were surprised because it weighed 2,164 pounds, which was more than their own estimates.

Not only was the pumpkin awarded in the competition, but it was also named in the Guinness World Records as the world’s heaviest pumpkin.