Beijing: A famous Chinese artist has snatched 1000 particles of pure gold while trying not to waste food. He claims that 500 grams of fine particles were cut from the gold, after which he dumped all the particles in the river, which has also been videoed.

Each particle of gold was the size of a grain of rice, while their value is said to be millions of rupees or thousands of dollars. According to Yang, the gold particles were 100% pure, which was converted into real grains of rice by a well-known money changer company. 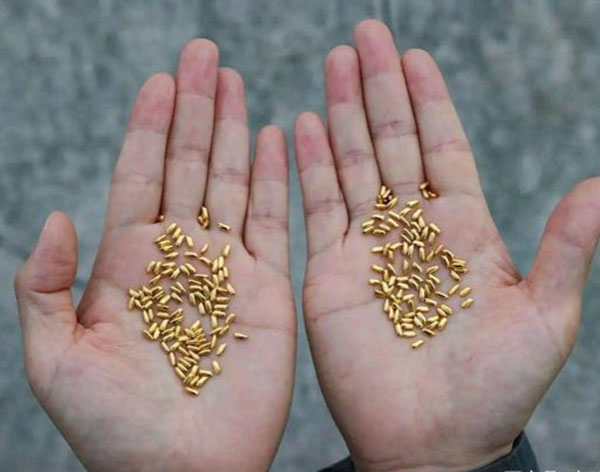 Yang owns Tian Yu Kong, a well-known advertising company, and has won several awards for his creations. He also called the artwork a satire on “food losses”. But consumers have also expressed outrage. Some have called it a fake art, while others have said it could have helped poor farmers affected by natural disasters.

The majority of people have said that throwing gold particles in the trash is a greater crime than wasting food.