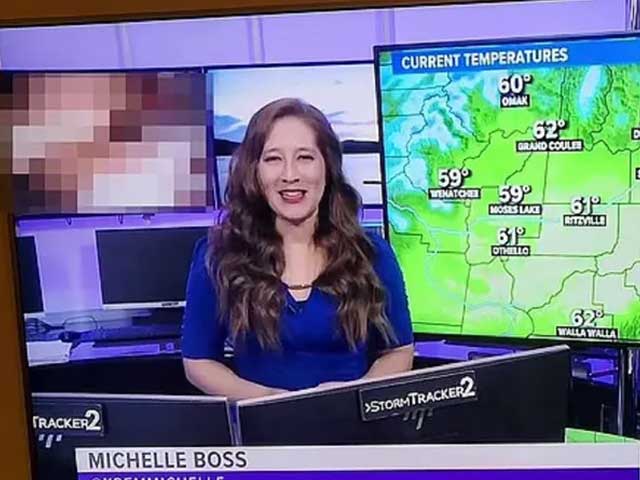 Police have launched an investigation into the viewers’ complaints against playing immoral videos – Photo: YouTube screenshot

Washington: A private US news channel aired an immoral video during a live weather news, against which police have launched an investigation.

On Sunday, on a local news channel in the US state of Washington, viewers watched an immoral video on their screens while watching the weather news. At 6:30 pm, the female anchor was giving weather information when an immoral video was broadcast on the small screen for 13 seconds. Stay unaware of the immoral videos playing on the news anchor screen and keep up with the weather.

Police in Spokane, Washington, have launched an investigation into the screening of an immoral video. Spoken Police said in a statement that it had received numerous complaints about the showing of immoral videos on a private news channel. Police say the news channel’s management is cooperating with police in the investigation.

On the other hand, the management of the news channel said in its statement that in the first part of the broadcast, an immoral video was played by mistake, for which we apologize and the management is making sure that this never happens again in the future. The video clip of the immoral video being played during the weather news has gone viral on social media.