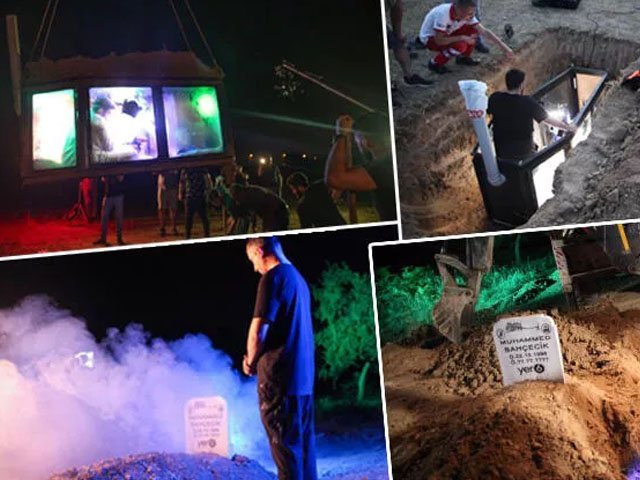 YouTuber locked himself in a coffin and spent 6 hours in the grave, Photo: Video Grab

Ankara: In Turkey, 25-year-old YouTube star Mohamed Behjijik buried himself in a grave.

According to the international news agency, a young YouTuber named Muhammad Behjik in Turkey fulfilled his promise to his followers by burying himself after having 1.5 million subscribers.

YouTube had promised its followers that with 4.5 million subscribers, they would spend hours in a coffin in a coffin and upload a video of it on their YouTube channel.

For this purpose, the young YouTuber star made a special coffin, which cost 20,000 lira. An ambulance and medical team were also present to deal with an emergency during the 6-hour stay at the grave.

The medical team should also have oxygen cylinders, cameras, radios and various medical devices to monitor YouTuber’s health while in the grave.

The young YouTuber was exhumed six hours later. He was in good condition and named the video after his fans.