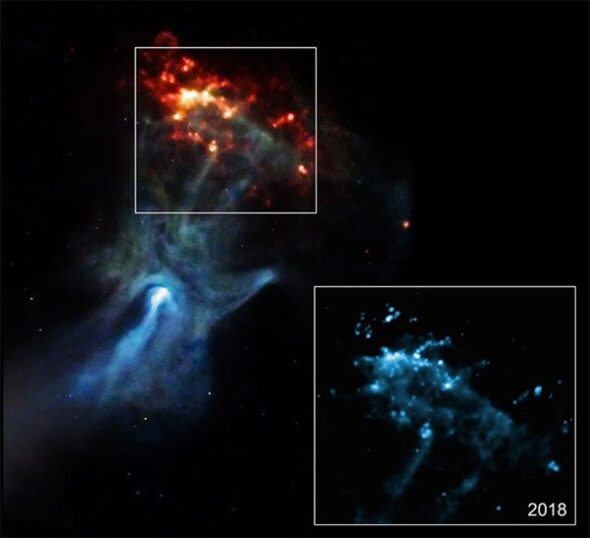 Pasadena, California: This mysterious and bright hand in the dark background of space is not the scene of a science fiction movie, nor is it a photocopied image, but a reflection of the stars obtained from NASA’s “Chandra X-ray Space Telescope”. Is.

Note that the human eye cannot see X-rays. Therefore, images obtained with the help of X-rays coming from space, after going through certain stages, are converted into colors that are visible to the human eye. This picture is similar.

The image was first presented by NASA in 2009 at an online exhibition of its unique space images. Its main body consists of the remains of a supernova (exploding star) called “MSH 15-52”.

After closely observing all of these images, NASA experts say that this “mysterious hand” is actually a massive energy-releasing gas and a vast cloud of dust (nebula) lasting 150 light years. Spread out (That is, it takes 150 years for light to travel from one end to the other at a speed of 300,000 kilometers per second.)

The nebula is about 17,000 light-years away, and experts estimate that the supernova that caused it erupted 1,700 years ago today, and its mass is still spreading far and wide.

The part of the supernova that remains after the explosion can be seen as the bluish inclined part in the center of the image. From where even today great X-rays are coming out. 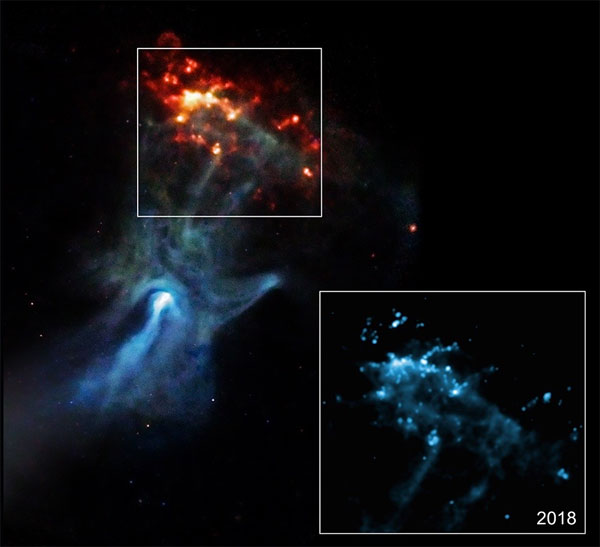 The spread “fingers” of the mysterious space hand consist of a huge gas cloud called the RCW89.

Experts have also calculated that in the past (immediately after the supernova explosion) the speed of the gas may have been 48.2 million kilometers per hour.