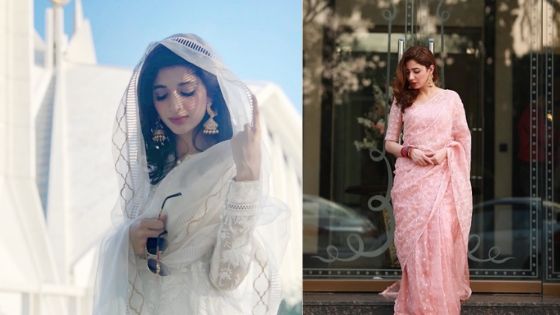 Actress Mawra Hocane responded to a question posed by fans on social media about how she hates Mahira Khan.

Actress Maura Hussain gave interesting answers to questions posed by fans during ‘Ask Me Sessions’ on Twitter. During the session, her fans asked her many questions, such as:
what day of the week did Mawra like, and what advice would you want to give to the young generation.?

However, a woman named Zainab Fatima asked Mawra the most interesting question:
What do you hate about Mahira and what is your favorite thing about Mahira?

Mawra Khan said that she hated the Mahira’s habit of not checking her phones for hours and even days sometimes. And loves that she love her(Mawra) so much.

Answering other questions, Mawra said she always liked Fridays. Adding that she admonished young people to work hard and said that hard work certainly gets a day.

After this, Mahira also response to Mawra’s tweet saying that she is guilty as charged.