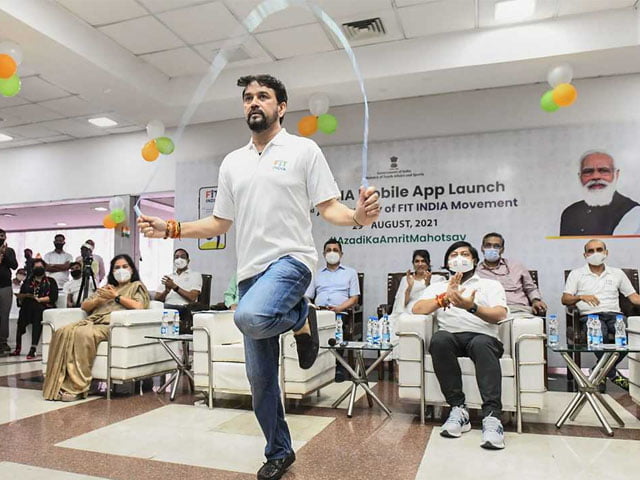 New Delhi: Indian Sports Minister Anurag Thakur surprised everyone with his rope jumping skills, the video of which went viral on social media.

The most common form that comes to mind when Indian ministers are mentioned is that of a person with a heavy body, fat stomach and awkward posture, but one minister proved this impression wrong with his fitness.

An event was held at the National Stadium in the Indian capital New Delhi on the occasion of “National Sport Day” in which an app called “Foot India” was also launched.

Meanwhile, Sports Minister Anurag Thakur got up from his seat and said that he would be the first to show his fitness and showed the surprise of jumping rope.

Later, Sports Minister Anurag Thakur challenged the youth by tweeting a video of jumping rope. What is your fitness level? Come and play. On which young people also started uploading their videos.