A North Dakota man’s car was parked idle for a few days and only one squirrel piled thousands of walnuts into it. Photo: Local 12 website

Dakota: The American man was shocked to see a truck parked in the parking lot for several days when a squirrel had piled thousands of wild walnuts there.

A man in North Dakota was shocked to see a pile of black nuts in his truck. It was later discovered that it was the incident of the little red squirrel that quickly filled the car with thousands of wild walnuts. 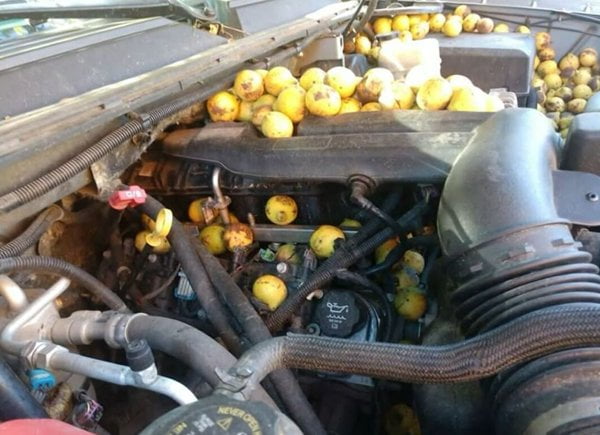 Guess the owner filled buckets with walnuts and took them out of the dashboard to the seats and even to the footrest. The owner of the truck, Bill Fisher, said that his SUV-like truck, the Chevy Avalanche, was parked near a tree full of wild walnuts. 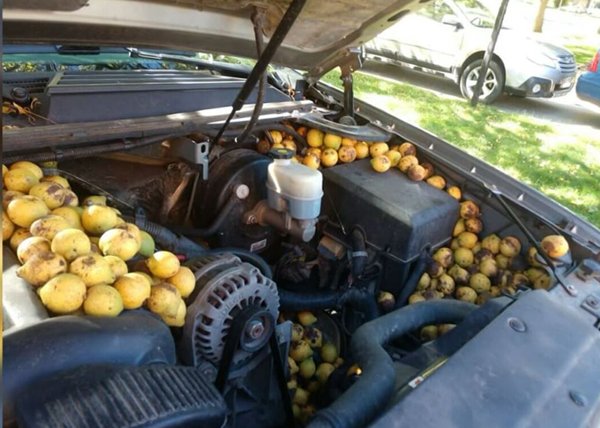 These walnuts are like small lemons. The squirrel had even filled the radiator’s wings with walnuts and the poor man had been collecting them for his winter. According to Bill Fisher, he worked hard to get the walnuts out of the truck and collected a total of 42 gallons of walnuts. 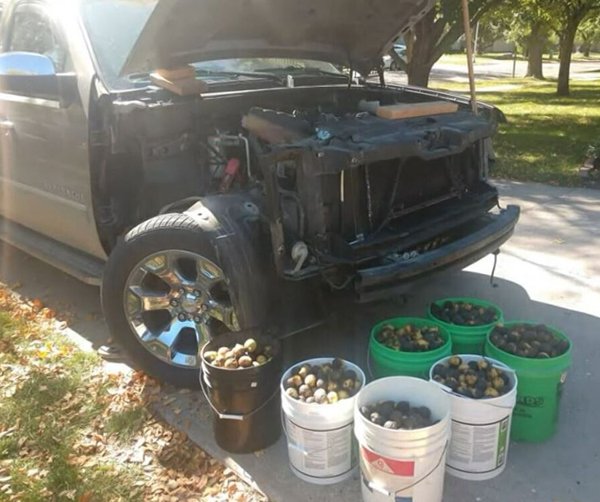 Even so, when the engine was opened, it was full of walnuts. However, Bill is surprised that this feat is only of a squirrel, which is also a strange thing.