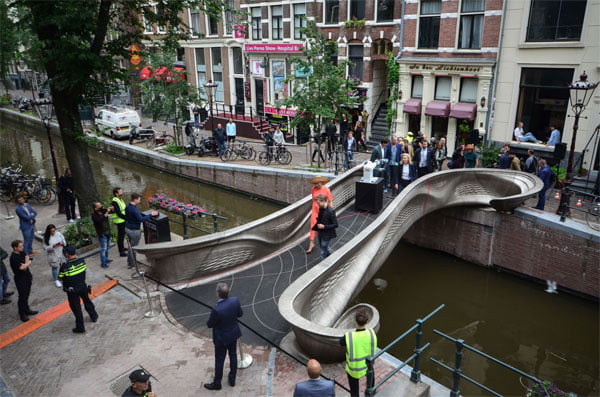 Built for pedestrians, the steel bridge is 40 feet long and weighs six tons and is printed with a 3D printer. (Photos: Internet / Social Media)

Amsterdam: Yesterday in the Dutch capital Amsterdam, a robot cut the ribbon and inaugurated the world’s first, steel printer printed with 3D printer.

This bridge is designed for pedestrians. It is 40 feet long and weighs six tons.

Queen Maxima of the Netherlands was specially invited to the opening ceremony of the bridge over a small canal in the center of Amsterdam. 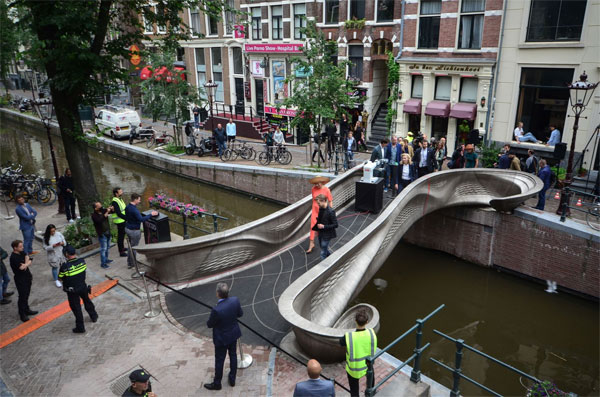 To inaugurate the bridge, Queen Maxima pressed a button and activated a robotic arm, which cut the ribbon with two scissors and opened the bridge to the public.

The bridge was built by the Dutch company MX3D in its workshop using the latest 3D printing techniques. 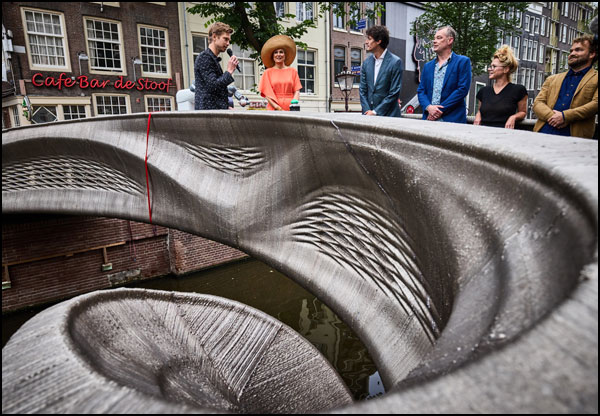 With this new technology, 3D printing uses hard materials such as steel as well as welding robots.

A spokesman for the bridge-building company said the technology was aimed not only at low-cost industrial-quality goods, but also at enabling architects to demonstrate their skills in an unparalleled way.

The bridge is currently a new place of entertainment for Amsterdam residents, but Imperial College London will soon be installing a variety of sensors to monitor its internal condition as a result of public use. The effects were also observed.