According to the international news agency, a strange wedding ceremony has taken place in Indonesia in which the bride is not a delicate body but a home appliance “pressure cooker”.

The bridegroom Khairul Anam himself shared photos of the unique wedding ceremony on his Facebook account in which it can be seen that Khairul Anam is wearing a wedding dress and a necklace around his neck with his wife pressure cooker and signing the marriage contract. have been.

The bridal pressure cooker is also covered with a traditional wedding dress. In one photo, the bridegroom can be seen kissing his lifeless bride.

As interesting as the wedding was, Caption Khairul Anam, introducing his bride on Facebook, wrote: “He doesn’t talk much and he knows how to cook, without you, my The rice is not cooked. ” 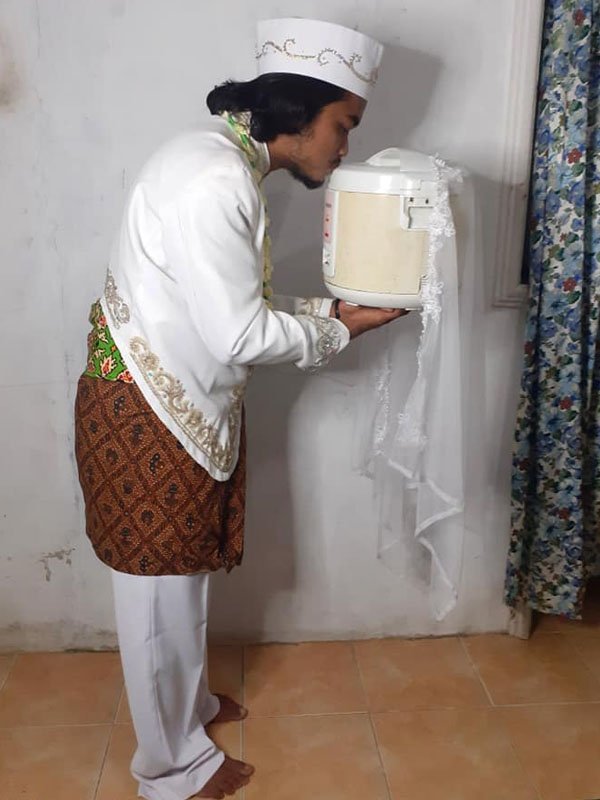 After the social media photos went viral, users made interesting comments. One user wrote that such a quiet and tireless delicious wife is hardly lucky.