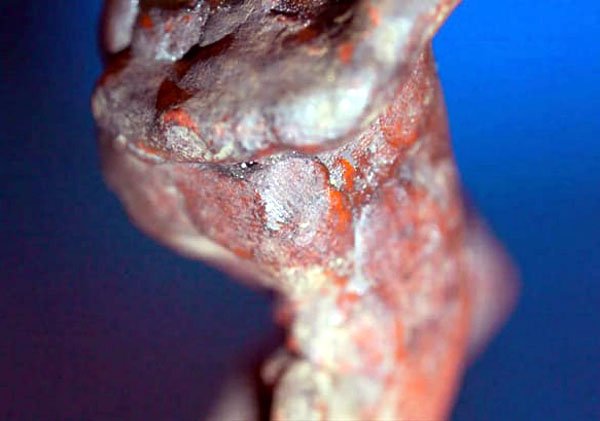 Michelangelo’s wax statue ‘Slave’ with his thumbprint found on one side. Photo: CNN

London: A thumbprint has been discovered on a masterpiece wax sculpture carved by famous painter and sculptor Michelangelo 500 years ago, which is said to be the fingerprint of a city painter.

When experts at the Victoria and Albert Museum in London reconsidered the statue, they found that the thumbprint was clearly visible at one point and that it could be Michelangelo’s wax statue. It is part of a larger marble statue that could not be completed.

This masterpiece has been dubbed ‘Ghulam’ in which a naked man is hiding his face. It is believed to have been built for the tomb of Pope Julius II in Rome.

“It’s gratifying that Michael’s fingerprints are preserved on the wax, thus showing the artist’s own presence and creativity,” said Pita Motore, an expert at the museum. The statue was carved sometime between 1515 and 1519.

It should be noted that Michelangelo was also accustomed to repeatedly cutting and breaking his creations. The statue is one of 40 masterpieces proposed to be placed on the tomb of the Roman pope. Their numbers were later reduced.