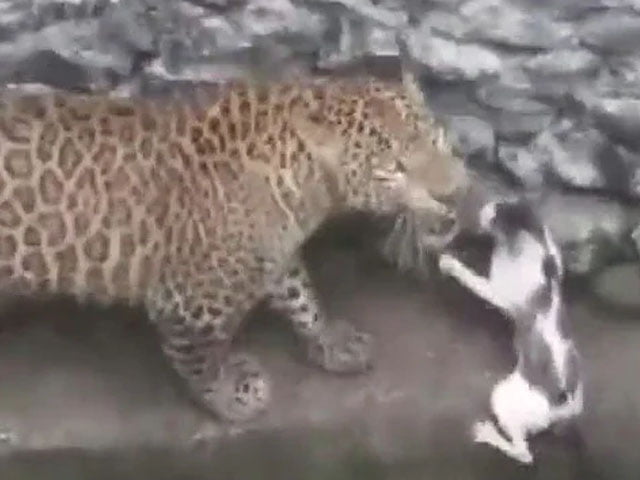 A cat stands in front of a leopard, photo: video grab

New Delhi: A cheetah and a cat fell into a well in India. The video of this interesting incident went viral.

According to the International News Agency, a cheetah and a cat fell into a well in the Indian state of Maharashtra. The leopard came out of the water and took refuge in the temple. He found the cat in front of him and tried to attack him.

The cat was not at all frightened by the leopard’s attack, but stretched its chest and stood in front of the leopard, forcing an animal many times larger and more powerful than itself to retreat.

Local residents were standing by the well watching the scene. One of them made a video and went viral on social media. It is not clear in the video how the leopard and the cat were pulled out of the water.

On the other hand, Pankaj Garg, Deputy Conservator of Forests, West Nasik Division, told the media that while chasing the cat, the lion fell into the well and was pulled out of the well and released into the forest.